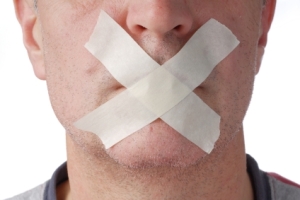 In my previous post I mentioned that the issue of mistakes, especially in the field of Management, has become pretty popular recently. There are many sources, both written and online, where you can find more or less comprehensive lists of “mistakes managers make”, altogether with some recommendations about how to avoid them. The items in those lists actually make a lot of sense, focusing on possible mistakes in the fields of Leadership, Motivation, Feedback and many other components of Manager’s lore.

Regrettably, many other types of mistakes, may be less obvious, but nevertheless pretty common among Managers, have received less attention in the sources and are therefore less known to many of our colleagues. May be those mistakes are viewed as the “necessary evil” part of being a Manager, may be people are under impression that those mistakes are less controllable than the discussed ones, and may be they are just unacknowledged as actual mistakes. Regardless of the possible reasons, I would like to share a few things about 5 Managers’ mistakes no one talks about, such as:

It’s in a simple fact that Managers naturally react to this attitude by over-identifying with the system, putting trust in its processes even when they should be criticized and reviewed for everyone’s benefit. For example, if your employee tries to justify a delay by complaining that the department’s computers are too old, would you dismiss it as a pathetic excuse or would you perceive it as an opportunity to update your hardware? If your clients are complaining about a glitch in your database, would you try to protect its “infallibility” by saying that it was built by organization’s best specialists or would you actually look into the problem? When HR sends you a newly recruited employee, would you trust their judgment blindly or remember to put him or her through your own scrutiny?

For Managers that tend to choose the first option in those situations, there might be some problem of over-trusting the system. What biases can lead them to this mistake?

As I already mentioned, the main bias here is over-identification. This is especially true for Managers who are also Business Owners. Some of them have difficulties drawing a clear line between their own needs and the needs of the organization, working themselves into a state of utter exhaustion which naturally leads to deteriorating health and social relationships. In the end, the organization’s needs become threatened because the person in charge cannot lead anymore. The situation can become even more aggravated when the over-identifying Manager treats his employees as he treats himself, and by over-working them actually lessens their motivation and productivity, sometimes even causing them to leave the organization. What’s important to remember here is you DON’T NEED TO OVER-IDENTIFY TO BE LOYAL! A sincere identification with your organization’s goals based on their understanding and on mutual trust between the system and its components is not just enough but is actually much better!

Another possible bias here is confusing a performance of a function with its completion. A classic example would be presuming that sending a memo about a job to be done equals job properly done. Managers always have much to worry about so they tend to lessen this load by trusting that people or machines assigned with clear functions would perform those functions properly when instructed to do so. Regrettably, this is not how the real world works. Even without going into Murphy’s Law-like extremes of “everything that can go wrong would go wrong”, we should try to remember that if people and machines were likely to function always properly, there would be no actual need for Managers to exist :-). The mere fact that we do have a job should remind us that memos should be followed-on and that the existence of technical glitches should be expected rather than denied.

This way you’ll have more time and resources to deal with additional possible mistakes, such as

2. Cutting yourself off the information flow

Everyone seems to understand the value of communication. The sources advise us not to neglect stating clear goals and objectives to our employees and to provide consistent and comprehensive feedback on how we view the progress being made towards those goals and objectives. There is only one small problem with that: HOW DO WE KNOW WHAT’S GOING ON IN OUR DEPARTMENT? After all, you cannot provide any sufficient feedback if you don’t know how much progress was actually made and at what cost.

The field of Project Management actually puts a lot of attention to this very subject, but as I mentioned before, there is no general consensus about the interchangeability of skills between PM’s and “Real” Managers. So in reality many Managers find themselves completely oblivious to the situation in their department due to several possible biases.

Killing the messenger is the most obvious one – no one likes bad news, but Managers have the actual power to stop their employees from telling them anything that will require making a hard decision. And the employees, of course, are ready to oblige. If they see that their Manager consistently punishes anyone who ruins his or her mood with bad news, they just stop bringing them. As a result, the Manager achieves a temporary benefit of feeling that “everything is OK”, while nothing actually is and this can continue until the moment everything collapses. Then the news are too bad to do anything about them. Haven’t we heard some similar stories in the media in the recent years? 🙂

Another possible bias leading to Manager being cut out from the information flow is “there is my way and there is the highway“. Many people in charge feel their authority threatened when any opinion contrary to their own is presented to them. Naturally, we would expect that this stance is based on the fact that Managers are supposed to have more knowledge and experience of the subject the department is working on than their employees. But the problem here is that in regard to a specific opinion expressed in regard to a specific project, the employee who is actually working on the project will know much more about it than anyone else, even the Manager, who may be supervising several projects simultaneously. In many cases, the work produces new insights that contradict the existing knowledge and should be incorporated into the department’s lore as soon as possible. But because the insight comes from below, it is many times left unheard, as the Manager is left to base his decisions on incomplete data.

These are the first two items on my list of Managers’ mistakes rarely mentioned in the sources. Want to know the rest? Stay tuned for the Part 2 of 5 Managers’ Mistakes No One Talks About I’ll publish next week 🙂