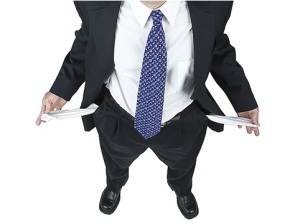 There are several terms not so pleasant to our ears that seem to dominate the news lately, terms like sequestration, spending cuts and most of all – austerity. The abundance of these subtractive terms in the media may well mean that they pretty much define the current situation, and we, as Managers, will need to adjust to function in this situation, because it’s unlikely to dissolve quickly.

Let’s try to understand what Austerity means from Management perspective and what tips we may use to lead our teams successfully despite the harsh environment.

This state of affairs has very specific characteristics that can provide us with additional insight, so let’s take a look at them:

Companies stop hiring new people and try to boost efficiency by laying people off. This leads to overabundance of specialist in the job market, bringing down the value of most types of expertise. This means that there is no level of organizational hierarchy in time of Austerity where you can count on some kind of job security.

During good times everyone is looking for an opportunity to invest and people get used to submitting overblown budgets in a hope to get at least a certain percentage of what they asked for. However, during Austerity finding money becomes a much harder task and instead of being approved in a reduced form, overpriced projects are being rejected on the spot.

During hard times you cut on the flesh of the company in order to save it, and big organizations have more flesh to cut than the small ones. Departments with stronger organizational ties to other departments have much higher chances of survival as they cannot be dispensed without hurting the work of others.

As people are laid off and budgets suddenly cut-down, many projects stop dead in their tracks, unable to move on without the needed resources. Initiating multiple new projects in vain hope that at least some of them may succeed makes the situation even worse.

In good times people do not think about the future, supposing that the sun will always come up tomorrow morning, so when it suddenly disappears, you would expect that planning for the future will become more important. This is not what happens though, because now that all players of the market feel their very existence threatened, they are mostly concerned with their immediate survival. Therefore, considering long-term results becomes even less popular than was before Austerity.

As grim this all may sound, based on these characteristics, several simple THUMB RULES could be drawn to help us navigate the situation better:

The greatest mistake a Manager can make during times of Austerity is thinking that he makes his employees a favor by hiring them. The illusion that “everyone is replaceable” could be very dangerous because now that the job market is flooded by specialists, the HR departments have a much harder job in distinguishing the ones with the needed level of expertise. Therefore, if you have already found people you can work with – keep them close. By performing their jobs well they will emphasize the crucial role of your department inside the organization, thus protecting your position as the Manager of the department.

Don’t build your budgets on prediction of growth – there is a high chance that for some time there wouldn’t be any! Be as conservative as you may and when you have some leftovers from the previous year – think about the best possible way to utilize them. But don’t be rash bragging about the cuts you’ve performed or you may be asked to perform some more cuts if you’re so good at that.

Build connections between your department and other departments both inside your organization and outside it. You’ll have a much stronger position if the performance of other departments depends on yours and the clients are used to working with you. You’ll be also able to use this as leverage if asked to lay people off as you’ll be able to state that those people are crucial for all those cooperative projects.

You should be guided by two main parameters: “what are the projects that are most likely to succeed if invested into?” and “where would you find the maximal (not the quickest) return on investment?” By concentrating your resources only on potentially beneficial projects, you will ensure that your department retains its image as a successful one.

Why? Because everyone around you doesn’t. While acting erratically, without making any plans, people miss out the opportunities that arise due to surrounding chaos. In order to be ready to act on these opportunities, you should have some long-term vision of what’s going to happen and have the needed resources on hand when the moment comes. One day, Austerity would be over, and the people who will find themselves on top at this day would be the ones prepared for it.

I really hope that we will never get to REAL austerity, but those thumb-rules may serve you well even during better times.